The last four countries of the Balkan peninsula on our list coming up: 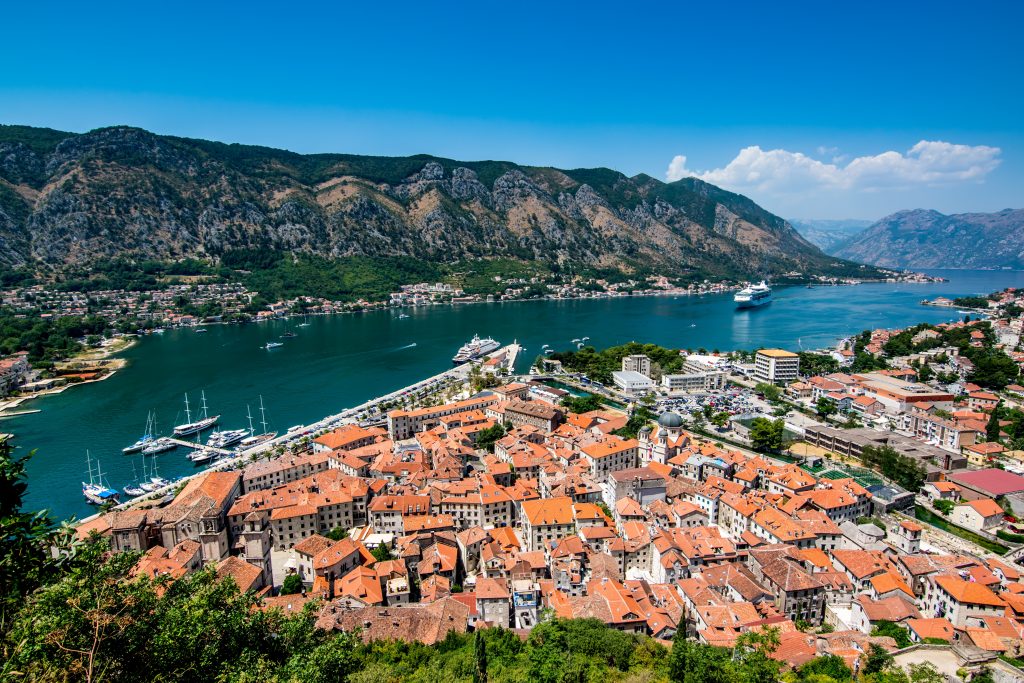 Another Orthodox Slavic nation on our list, Montenegrins have a conflicting reputation. They take pride in never losing their independence, and that they are fierce warriors who proudly stood their ground against the Turks. They are also known as being extremely lazy. All other neighboring nations joke about that. How do two Montenegrins wash a car? One is holding the sponge, and the other one is driving a car back and forth. There are numerous jokes like this one, which perfectly explains this stereotype.

They have excellent relations with Serbia, as many Montenegrins go to Belgrade for studying (and stay there for work), and many Serbs spend their summers on the friendly Adriatic coast here. Today, about half of Montenegrins are claiming that they are Serbs or of a Serb ancestry, while the other half is claiming that they are a separate Slavic tribe. Historically, they were a separate kingdom from Serbia during a long period, but they considered themselves as a Serb state, with a Serbian Petrović dynasty in the rule.

Russia also has a strong influence here, as many Russians bought the land that gave them access to a warm sea, but recently this changed as the country joined NATO and moves more towards the EU.

Montenegro does not have real foreign enemies, but there are criminal clans waging wars over the control of the narcotics market, which is a serious problem in the country and these gangs gained international notoriety.

Geographically, it is a very mountainous country, with about 150km of the Adriatic coast. The capital city is Podgorica, and it is usually considered as one of the ugliest capitals of the Balkans. Cities like Herceg Novi, Kotor, Budva and Ulcinj are the most prominent ones for tourists, with beautiful castles and old town centers. The long sandy beaches of Ada Bojana are a very hip place to be these days. There is also Durmitor National park for nature lovers and adventurers, with Nevidio canyon as a highlight. Montenegro also has a large number of medieval monasteries belonging to the Serbian Orthodox Church, with the Ostrog monastery being the most famous one. 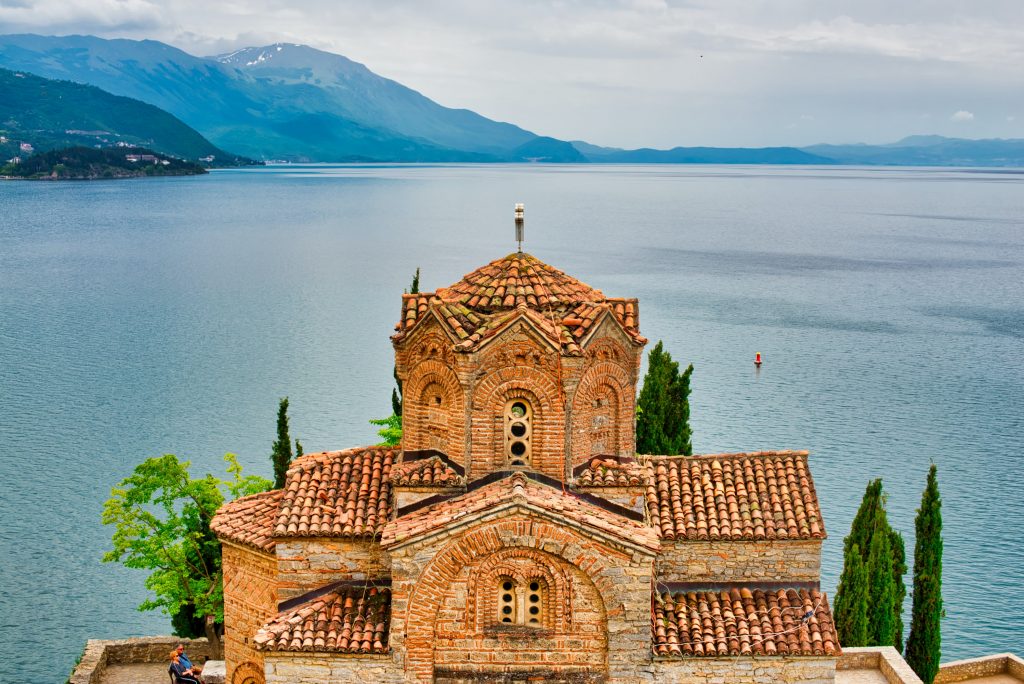 We have another complicated situation here. Macedonians are insanely friendly and cheerful people and everybody likes them. The food here is THE best in the Balkans, the portions are huge, and the wines are great too. Make sure to try Šarska pljeskavica, or ajvar, or anything else, you will not regret it.

HOWEVER, Macedonia has “disputes” with almost all of the neighbors. Bulgarians claim their language, Greeks claim their history, Serbs claim their nationality, and Albanians claim their territory. Quite unfortunate for Macedonians who only want to eat, sing, and have fun. They are a relatively young nation, the first time mentioned as ethnicity in 1945 when the Socialist Federal Republic of Yugoslavia appeared. Prior to this, the territory of Macedonia was known as Old or South Serbia, as during medieval era feudal Serbian kings and lords ruled this region.

Foreign policy speaking, they are not on good terms with Greeks, they even had to change the name to “North Macedonia” because of Greece (which have the province of the same name), and they have a serious problem with large Albanian minority (around 25%) trying to secede a part of the country to Albania.

On the other hand, they consider Bulgarians rather friendly, as they speak more-less the same language, and Serbs are very welcomed here as most Macedonians also speak Serbian as a second language.

Macedonia has quite a few national parks with untouched nature, and it is largely still undiscovered by mainstream tourists. Skopje is the capital, extremely fun place to be, more an amusement park than a city, with the largest numbers of statues per square kilometer than anywhere else in the world. Lake Ohrid is the most touristic place in the country. It is well known for its clear waters, and fish specialties. There are several medieval monasteries nearby, and the old town of Ohrid with its castle is definitely worth visiting. 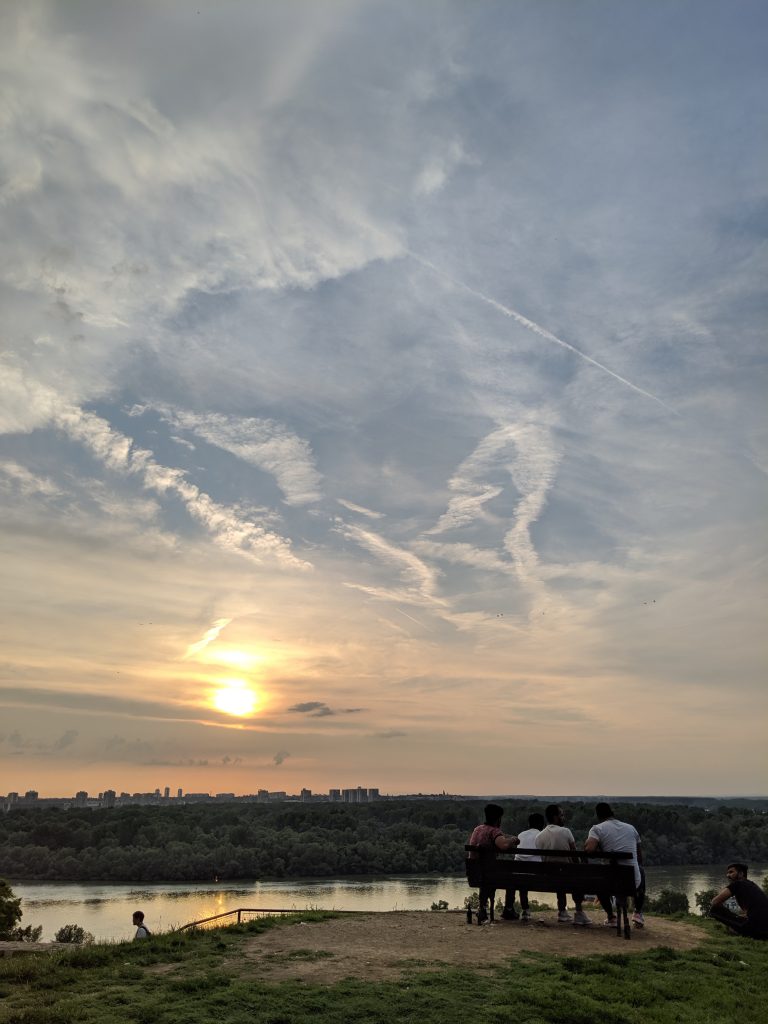 Serbia has emerged as an independent kingdom in medieval times; quickly claiming to be a serious player. At some point, Serbia even held most of the Balkans (during the Serbian Empire, in the 14th century). In addition, it was one of the first nations around here to liberate itself from the Ottomans and regain independence. They were never a part of the Austro-Hungarian Empire; in contrary to Bosnia, Croatia, and Slovenia, which Serbs like to brag about. Serbia was one of the winning nations of WW1 and they were the unification factor in creating the Kingdom of Serbs, Croats and Slovenes (later named Yugoslavia – the land of the South Slavs).

That project ended in wars of the 1990s, and people here are still struggling to move on. The blames for the breakup wars are shifting between all sides, and the main question is still “who started it all”.

The largest of Yugoslav countries, Serbia had most firepower and manpower in the breakup, and of course, took most of the blame and status of a “bad guy” in the Balkans, especially in western media.

As the country is still recovering from these events, the tourist industry is booming. Belgrade has become a nightlife capital of Europe, and many tourists are just now discovering this 7000-year-old city, which still is not that popular tourist destination.

All in all, Serbia is something you must not miss when traveling in the Balkans, as it was a key figure in many events that shaped world history and has much to offer in terms of history, nature, culture, and of course, food.

In foreign affairs, Serbia has some powerful friends, namely Russia, its traditional ally, and protector. If they would have to pick one enemy, Serbs would pick Albanians, as they just cannot find a common language with them over the southern province of Kosovo.

For advice about what to visit in Serbia, feel free to explore our ecotours. You should definitely not miss Belgrade, a city that never sleeps. It is one of the largest cities in the Balkans, a true metropolis, still undiscovered and just “getting there”. 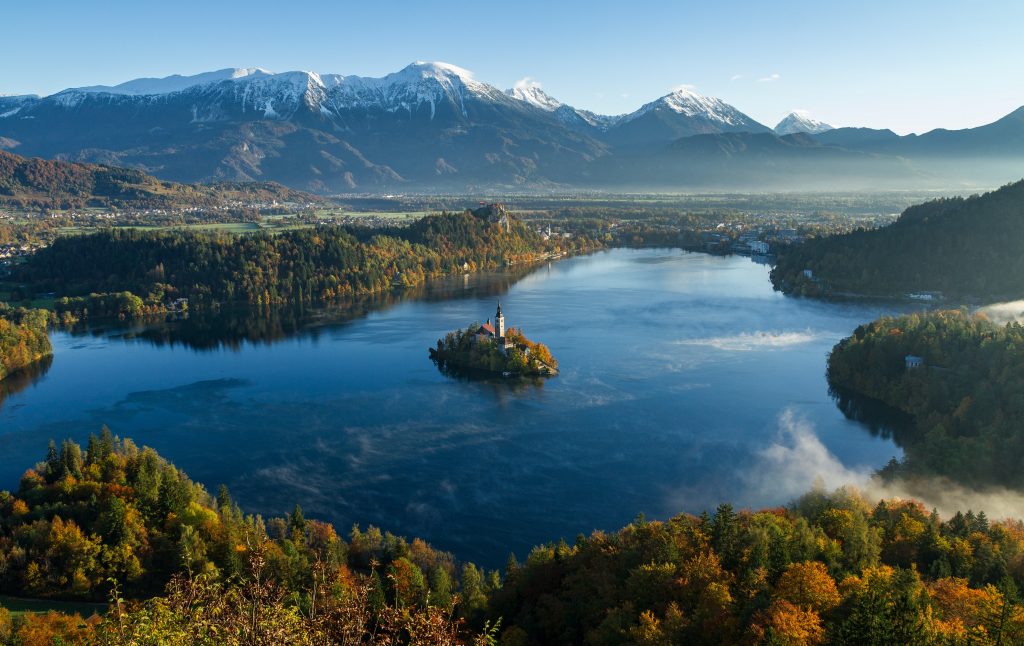 Slovenia is the smallest, but the richest of all the Ex-Yu nations. Slovenes are the most German of all the South Slavs and they take much pride in that.

To be realistic, their economy is the most organized, and they also have one of the cleanest countries in Europe. Slovenes prefer wine to Rakia and other spirits. They also have a nice piece of Alps and are culturally a bit different from the rest of the folk here. They are more hard-working, and they get well along with Italians and Germans.

Other South Slavs think that Slovenes are nice, but they do not have stomach for the Balkans (mildly said). They are excessively small and high up in the mountains to have any real enemies.

Ljubljana is the capital city, tucked in a nice and cozy valley, with a fantastic view of the nearby Alps. The Slovenian Alps are actually visible from most of the country, and one of the nicest views is on Lake Bled, one of the most touristic places to visit in Slovenia.

This text is just a (very) short introduction to the countries and nations in this region.

For more information, we encourage you to visit all of the mentioned countries. Meet their people, listen to their stories, and make your judgment about this mess called “The Balkans”.

We would love to have you on any of our tours and discuss all of this and much more in detail.

Also, feel free to leave a comment in the section below.

If you liked the text, do not forget to share it.