Most of the tourists that come here do not stay in only one country, they rather visit the entire region. This is quite understandable, as nowhere in the world you have this kind of variety in such a small stretch of land. Different cultures, landscapes that change from Mediterranean seaside to Dinaric Alps, beautiful rivers, fertile plains, you can see everything in a relatively small area.

To help our guests understand this part of the world better, we present you with a small guide through its complex history, geography, and modern political relations.

You can also check our Ecotours and discover things on the go.

Where is, exactly, The Balkans? 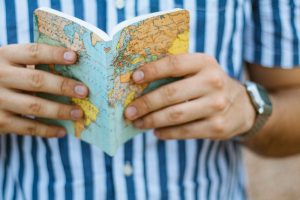 Balkans is the third biggest peninsula in southern Europe, the first two being Iberian (where Spain and Portugal are) and Apennine (Italy) peninsulas. In contrast to the first two, The Balkans are divided into many smaller countries which we will explain a bit later.

The borders of the Balkans are the Adriatic Sea to the west, the Mediterranean Sea to the south, and the Black Sea to the east. The northern border is a bit complicated, as it is not only a geographical but a cultural border as well. Some would claim that they do not belong to the Balkans, because sometimes being “Balkan” is considered as a synonym to “primitive”.

But geography is clear, the northern border in most sources are rivers Kupa, Sava, and Danube. This would mean that countries and regions that belong to the Balkans are: part of Slovenia, part of Croatia, all of Bosnia, most of Serbia (excluding the autonomous region of Vojvodina to the north), Bulgaria, Montenegro, Albania, (North) Macedonia, Greece, a little bit of Romania and a small part of Turkey. Turkish influences are huge in this region, so we will have a completely different blog where we will discuss that, so we will exclude Turkey from this one.

Languages of the land 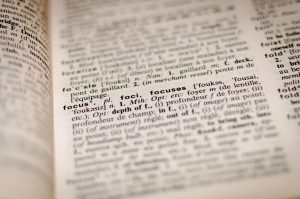 The majority of languages in the Balkans are Slavic.

Serbian, Croatian, Bosnian and Montenegrin are virtually the SAME language, with some local accents. Differences are mostly like between British English and American English, but here people will insist they are separate languages (although we can perfectly understand each other).

Slovenian is a distinct South Slavic language, more similar to Slovak or Czech, so it is not that intelligible to others.

Macedonian and Bulgarian are very similar, and if they speak slowly, other South Slavs will understand the most of what they say, but not all.

Romanian is a Roman language, fairly similar to Italian or Spanish even, but with a large influx of Slavic words.

Albanian has no relatives in any language family, and literally, nobody can understand them.

Greek is also a standalone language but influenced other languages in many ways, so you might find Greek words in your language, as it once were the lingua franca of the Eastern Roman Empire.

We will try to keep it short here, as the history of the Balkans and its nations are so complex and historians still did not make any agreement about the most basic things.

What is important to know about this part of the world is that in the past, there were many conflicts and wars, and it still affects the relations between the countries today.

In the past, this area was first the border between the Western Roman Empire and the Eastern Roman Empire (later called the Byzantine Empire). This also drew religious borders, as West was catholic, and the East was orthodox. Later the Ottoman Empire arrived and added Islam to the mix, making the Balkans home to all three main religions.

The past is always alive here, and most of the people act according to it. All countries here have some idea of “greater country”, something that belongs to them because of historic reasons. In the next few paragraphs, we will try to present each state, its traditional friends and foes, and modern politics.

To find out even more about the interesting history and modern-day politics you can take our Crash Course through Serbian History and find out more!

Before you ask, we will start alphabetically: 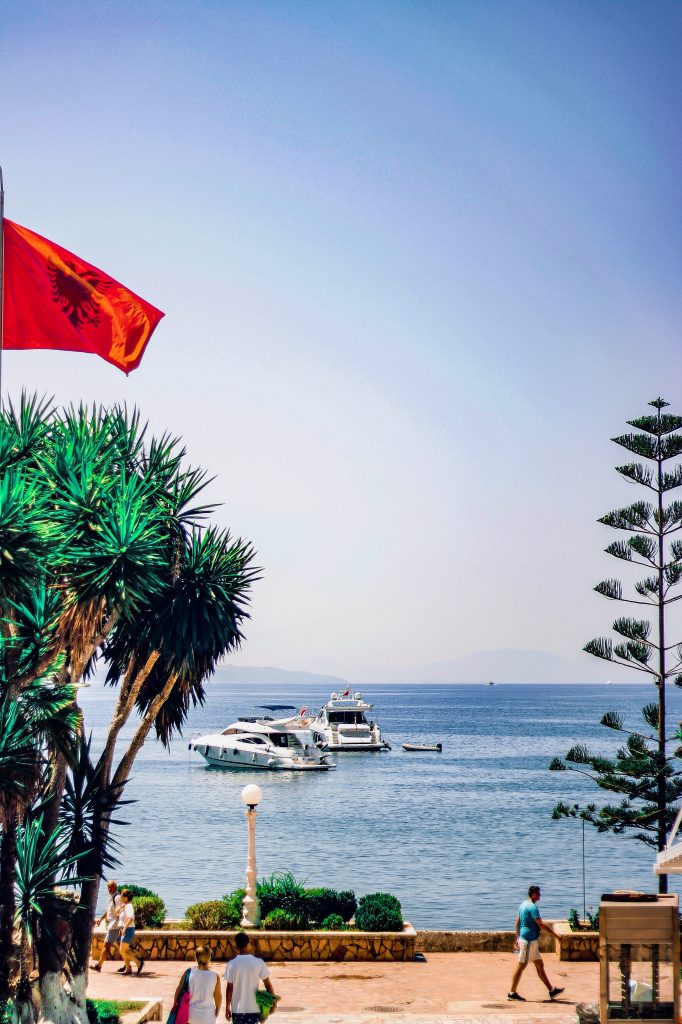 Albania is a relatively new nation on the Balkans, as it did not exist as an independent and sovereign state until 1912, right after the First Balkan War. Before gaining independence, they were divided into several smaller tribes, without the sense of nationality as Albanian, and always under the control of some other regional power.

After WW2, Albania got a very strict communist regime, very similar to one in China. This left the country isolated to everyone but China (in Sino-Soviet conflict, they somehow picked the “Sino” side), and its people migrated outside of Albanian borders, trying to escape poverty and oppression at home. This made them a minority in most of the neighboring countries, and as well in Italy, Switzerland and, Germany.

More than half of the population of Albania is Muslim, with some population of Catholic (north) and Orthodox Albanians (south) – which is again very strange because in the communist era all religions were forbidden. Albania does not have many friends in the Balkans, as most of the countries see them as a potential threat, and especially in Serbia because of conflict in the disputed territory of Kosovo* (we will explain later).

Today, Albania is trying to move from the past and become a modern European republic. It is a mostly mountainous country, with its nature still untouched by the modern world. It’s long Adriatic and Ionian coastline is becoming very popular with adventure travelers because it is still undiscovered, but also seriously lacks in tourist infrastructure and accommodation quality. 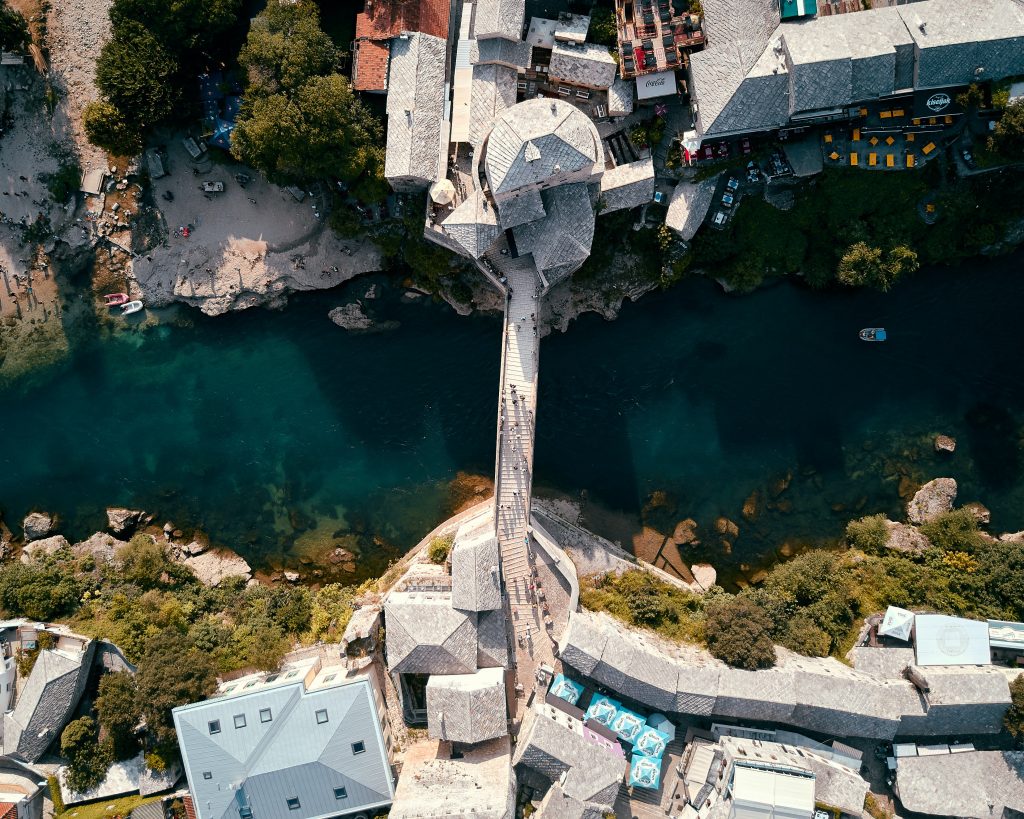 One of the most complicated countries in the Balkans. Just think about this for a moment: they are officially called Bosnia and Herzegovina, but they have 3 constituent nations, 3 presidents, 3 official languages (but they can all perfectly understand each other), 2 entities (The Federation and the Republic of Srpska) and 3 main religions. Around 50% are Muslim (Bosniaks), around 30 percent are Serbs (mostly Orthodox) and 15 percent are Croats (mostly Catholic).

For a long period of their history, they were under the influence of Ottoman Turks, and you can see that in food, customs, music, and art. The country is still recovering from the civil war in the 1990s, which left a huge mark on everything. Most of the people moved on but did not completely let go. Bosnia is a very fun place to visit and explore. People here are welcoming, warm, with a very specific sense of black humor, very characteristic of the country.

The biggest city is Sarajevo, a true oriental city in the heart of Balkans. Its open markets and mosques resemble Istanbul, local cuisine is fantastic, and scars from the recent war are still visible everywhere. Another city worth visiting is Mostar and the gorgeous Neretva canyon leading to it. Cities of Trebinje and Banjaluka are often overlooked by tourists, but very much worth visiting. Bosnia is a very mountainous country, with quite a few national reservations, mostly located in the Republic of Srpska – Sutjeska, Kozara and Drina, and Una in the Federation.

The old hatreds are still strong among the nations of Bosnia, and you can never know when it will explode again, but there is one very true saying among its people, originating from the times of Yugoslavia – “Poor is the country without Bosnia in it”.