161. That is the number of matches that these two Eastern European clubs played so far and by doing that, they created one of the fiercest rivalries in football history. During the second half of the 20th century, this derby was already well known in Europe football circles, since Yugoslavs were then known as Brazilians of the Old continent. 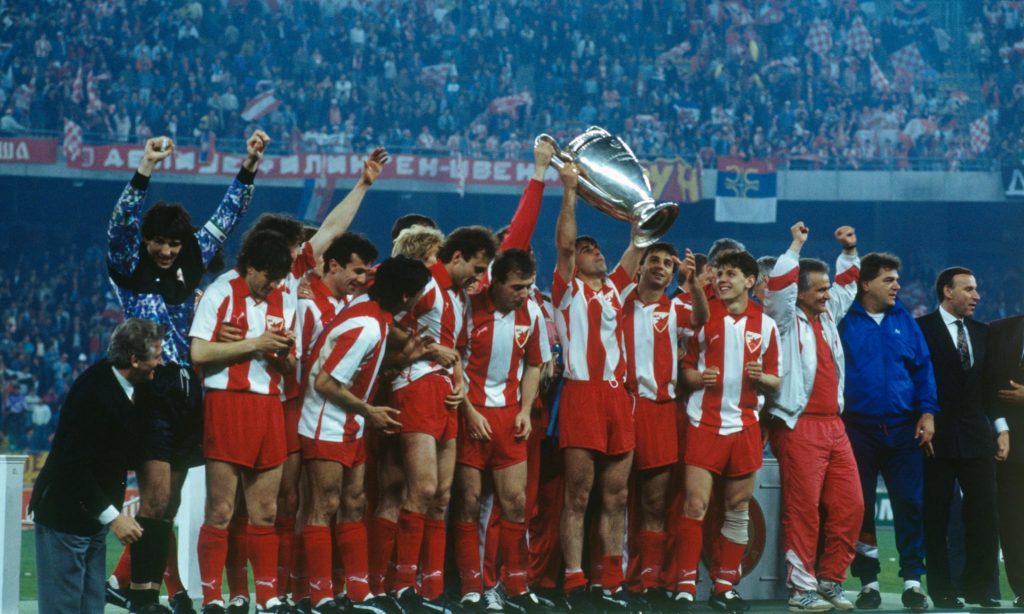 The Red Star has played once in the Champions League semi-final, and once in the UEFA Cup final, and the Partizan, on the other hand, played in one of the best Champions League finals in 1962, where they lost against Real Madrid 2-1. The highpoint of that period was in 1991 when Red Star Belgrade was a winner of Champions League final where they defeated, at that time, the Giants – Olympique de Marseille. Later that year Red Star won the World club championship against Colo-Colo and reached the peak – of the club, of the state, and Eastern European Football.

Politics and football in Serbia

From 1991 up until 2000, Serbia was in the state of war, so all clubs were prohibited from competing in Europe for five straight years. The main reason for this was the economic and political sanctions against Yugoslavia. The result of this ban was the rising hooligan scene, which slowly took the primacy over football as a sport. The atmosphere on the stadiums was similar to the atmosphere of the entire country – aggressive, savage, crazy, frenetic and fanatic. Out on the streets, the hooligans were having gang wars, clashes between rival gangs were pretty much normal, and killings of rivalry group fans were not uncommon. Football was on the margin, even during the matches since the fan chants were about politics, war, other nations, and criminals.

After democratic changes in the 2000s, both football and hooligan scenes went up and down until the balance was created after ten years or so. Hooligans were professionals by now, and aware that at any time they can create a force of some 50.000 men and revoke almost any political decision in the country. They created a silent pact with the government, police and any other relevant party in this chaos. Sometimes they are the opposition, sometimes they support the government, all depending on their goals at that moment. 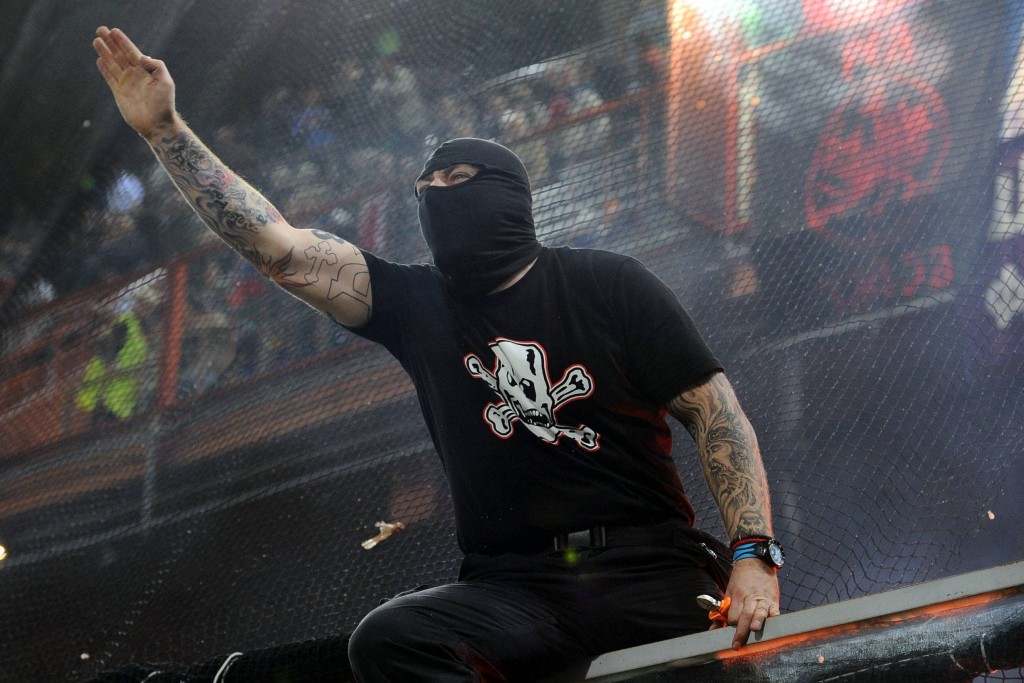 Ivan the Terrible, one of the most notorious Red Star Ultras; Image via fanzeit.de

Most Notable Players of Red Star and Partizan

The quality of football is nowhere near as in the 70s, 80s or 90s but still, the football talent of Serbian players is inexhaustible, so even with these conditions, Serbian National League created players such as Nemanja Vidić (the former captain of Manchester United), Branislav Ivanović, Nemanja Matić, Aleksandar Kolarov and one familiar face on Red Star training these days – Dejan Stanković. The former Inter Milan midfielder and one of the best box-to-box players in the past decade is a Red Star Manager now, and since it is his first coach role, the pressure on him will be intense. Partizan coach is a familiar face to European football too, since Savo Milosević was playing for Osasuna, Aston Villa, Parma, and had some great games in the Serbian national team.

The Call of the Stadium

The atmosphere before the derby day is heating up, and Ultras are more than ready for it. To support this claim, there was a basketball cup match played a week ago and Partizan won 85-84 in a narrow win, with some controversial referee decisions in the last two minutes of the game, for both teams, which made ultras on both sides very angry. Tensions are high and expectations are big for both clubs. The Red Star is a much better team since 2015 when the new Board members replaced the old ones, which nearly drove this club to bankruptcy. 2018 and 2019 were years when the Red Star played in the group stage of the Champions League and battled some great wins, where one victory stands out – against Liverpool (2-0), on a sold-out “Rajko Mitić” stadium (51.318 tickets sold). Partizan, on the other hand, is having some unbalanced gameplay that differs from weekend to weekend, but their fans are, of course, expecting a big win, since in the last derby they won 2-0.

Amid the new protests in Belgrade, and eruptions of evolving displeasure of the people in the country this derby match will have its warm-up outside of the stadium and hooligans are ready to raise their voice once again. 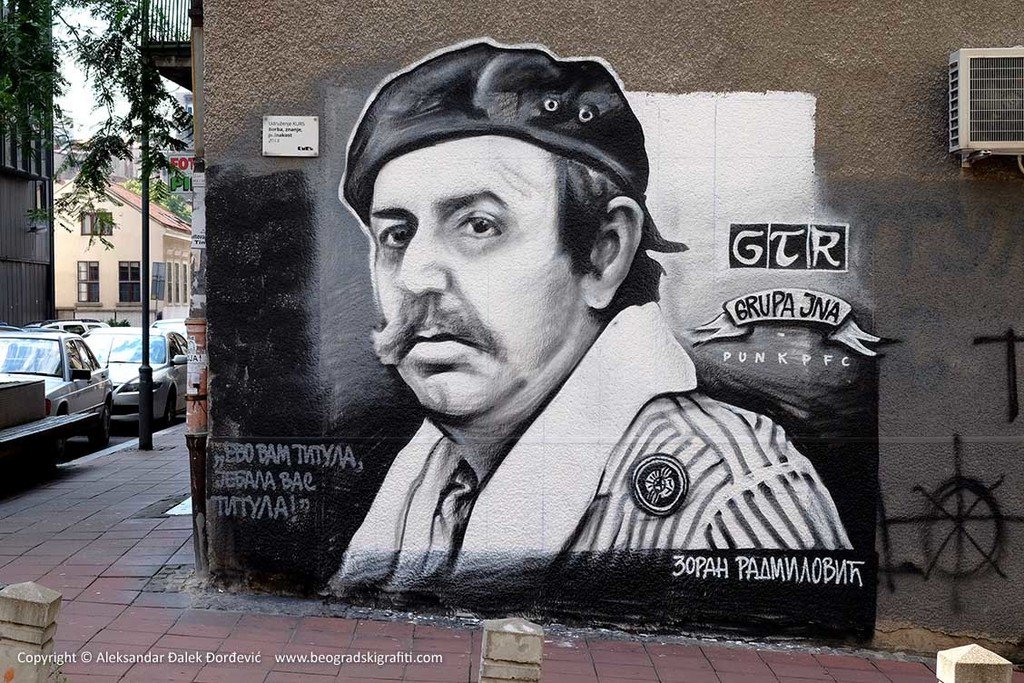 Click HERE if you would like to learn more about this subject and get some first-hand info from local Ultras, and do so while walking through the downtown Belgrade, checking some of the best fan graffiti and learning why this derby is one of the top 5 derbies in the world.

We are looking forward to the match, and seeing you on a Red Star stadium “Rajko Mitić”.